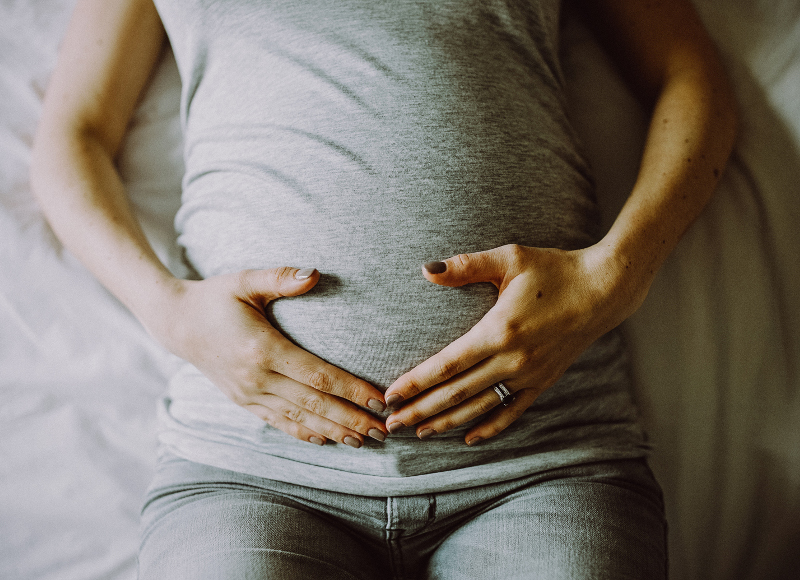 This is the magic belt recommended by bloggers and Hollywood stars to get back in shape in record time after pregnancy. Curious to see if the Belly Bandit holds up to its promises, Marion tested it right after her second delivery last April.

It was Mathilde Lacombe, co-founder of Birchbox, who first told me about it: so pregnant with her third child, she gave me her tips for pregnancy and being a young mother, and without hesitation, she recommended the Belly Bandit. It’s an abdominal girdle she had worn after her first two pregnancies that had helped her get back into shape. I kept her advice in the corner of my mind, and when I got pregnant with my little boy, I placed an order on the site of the brand. I tucked the belt carefully into my maternity bag, and brought it with me to the clinic on delivery day. It is specified on the instructions: to be effective, the Belly Bandit must be worn within 24 hours after delivery day. The day after the birth of my son, I put on this girdling belt.

The Belly Bandit : instructions for use

I opted for the brand’s best-selling model called Bamboo. It’s flesh colored, so it slips discreetly under my clothes. For the choice of size, I based it on my usual measurements, before pregnancy, which was I think the right solution. I was warned: when putting it on the first time, it is advisable to lie down and tighten the belt to the maximum, which closes with a large piece of velcro. Over the days, I was able to tighten the belt around my waist more and more. The goal: to feel enclosed to the maximum. While the brand recommends wearing this belt day and night, I just put it on a few hours a day, which seems to me enough.
In all honesty, it was the “slimming” aspect that had first seduced me: losing the little belly of a pregnant woman after the birth of the baby was a very tempting promise. Eventually, other benefits convinced me even more.

A real plus in the weeks following childbirth

Wearing this belt, I felt a very pleasant feeling of improvement in the days following the birth: while for several months I was used to wearing a heavy and rounded belly, and was no longer aware of my Abdominal muscles, the Belly Bandit allowed me to become aware of this part of my body again in the days following the birth of my son. It also allowed me to improve my postures without even thinking about it: I automatically became more upright, and I am convinced that it spared me from the back pain that my first delivery caused. Is it “slimming?” As such, no. But it seems that by helping the stomach to “find” its original place, it facilitates the remodeling of this area of ​​the body (belly, hips, waist)… I have in any case very much appreciated wearing it the three weeks following my childbirth: its sheathing effect is a real booster of morale when you look at your postpartum silhouette in the mirror and can smooth the bumps that we may be tempted to hide the first weeks after the arrival of a baby.

Belly Bandit Belt is sold on the brand’s website Belly Bandit or from Mumtobeparty, 97.95 euros

Read more on Les Louves
Cosmetics for pregnant women: our favorite brands
New organic beauty routines to adopt
An interview about beauty and pregnancy with Mathilde Lacombe, founder of Birchbox
The queen of care for young mothers at Mandarin Oriental spa