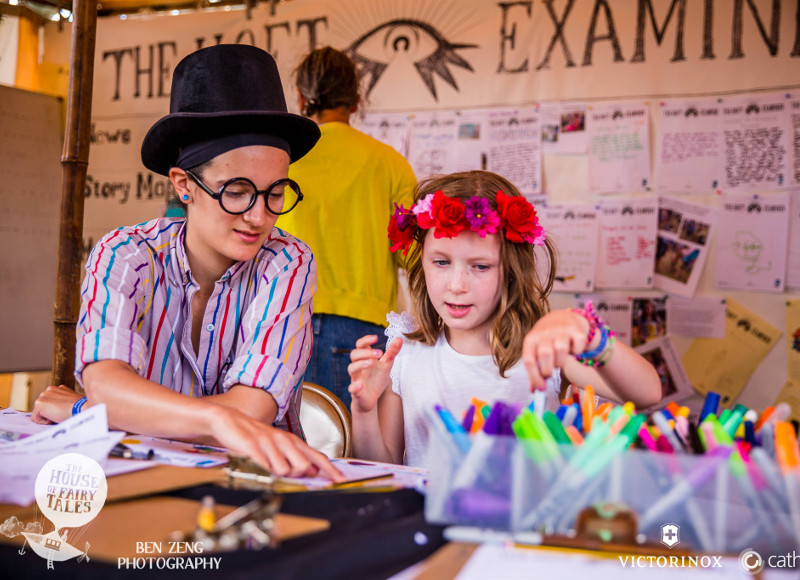 What they do
The House of Fairy Tales central belief is that “providing imaginative spaces to learn and play is not just about creating happy children but happy families, healthier communities and a thriving society too”. They partner with an extensive team of artists, performers, writers, educationalists, designers, musicians, film makers, dreamers and philosophers to create magical, parallel worlds where learning is play and play is directed learning.

The House of Fairy Tales at the Other Art Fair
The Other Art Fair is back again with another great experience specially designed for younger visitors. Children will be invited to explore the fair and publish their discovery in the Hoft Examiner.

Prices & reservations
8£ per adult, children under the age of 16 are free of charge.
Buy Tickets