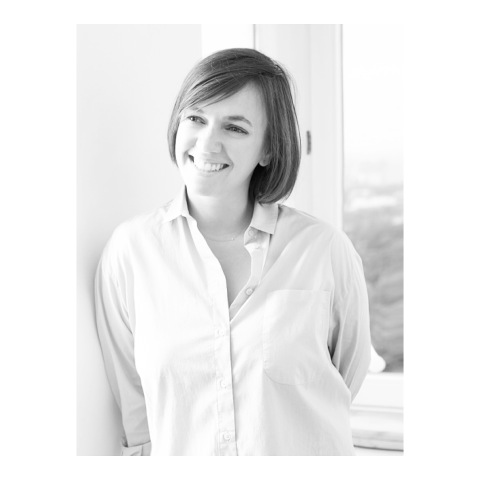 The art of living in Brussels according to Marie H., founder of avant-garde Brussels magazine Recto Verso and mother of Jeanne, 4 years, and Georges, 2 years.

Artists’ workshops and studios of the most undisclosed designers of the Belgian capital have no secrets for her. Freelance journalist, Marie Hocepied created Recto Verso, an online magazine dedicated to the forefront artistic and creative scenes in Brussels and elsewhere. Over tea and a brownie, this cool mom and bubbly esthete gave us the itch to relocate…

You created the magazine Recto Verso, launched in January 2013 just like your third child  … How was it born?
I have been a freelance journalist since 2007; I worked for various Belgian media such as  Victoire magazine and La Libre/Essentielle. The desire to realize something from A to Z manifested itself to the point of obsession during my second pregnancy. For nine months, amazingly full of energy, I worked on the concept with my talent agency and webmaster. I wanted to suggest something else, another eye on fashion, art and beauty, something more personal without being a blog. The Web has not been immediately obvious, in fact my first wish was to transcribe the quality of a print magazine to the site.

Bruxelles, a city of adoption or a favorite city?

A little of both! I was born in Charleroi, but Brussels is the city where I came as an adult and where my children were born. I am a fan of Brussels for its town-village side, unspoilt serenity. Despite its status as a European capital, the many parks and forests make it breathe.

Your favorite spot for a green walk with the family?
Without hesitation the Tenbosch Park is the place to walk or picnic in the summer. It is small, intimate and picturesquely greenery, for me it is the most beautiful park in the city. There is also a nice playground for children.

Your favorite fashionable shopping spots?
Icon concept store in the city center, which covers all the brands I like, such as Isabel Marant, Acne, etc. I also like shops like Cachemire Coton Soie and Après la Pluie for shoes, both located in Brugmann. I am also a fan of the wools Aymara for me and the kids.
Icon, 5, Place du Nouveau Marché aux Grains, 1000 Bruxelles
Cachemire Coton Soie, 53, rue Franz Merjay, 1050 Ixelles, Bruxelles
Après la Pluie, 37, rue Darwin, 1050 Ixelles, Bruxelles

Your artistic adresses?
I advise you to go for a walk around my friend’s, antiquarian Jean-Claude Jacquemart, shop on Darwin street. Then make a detour to the famous Xavier Hufkens gallery. If you got to dinner, bring a bouquet from Thierry Boutemy, the star florist who worked on the film Marie Antoinette by Sofia Coppola and haute couture fashion shows Lanvin.
Galerie Jean-Claude Jacquemart, 50, rue Darwin, 1050 Ixelles, Brussels

According to you, we should not leave Brussels without…?
Tasting shrimp croquettes, a Belgian specialty which you can find at Toucan sur Mer or at la Friture René.
Toucan sur Mer, 17-19, Avenue Louis Lepoutre, 1050 Brussels
Friture René, 14, Place de la Resistance, 1070 Brussels

What’s your favorite mom item?
The Bonpoint perfume which I share with my daughter Jeanne.

Your favorite websites for kids?
The Glow, Romy and the Bunnies, Smallable.

Advice for moms who want to come to Brussels with family?
Brussels is very crowded. Park your car and take the tram to visit the city by districts.
Check out Recto Verso.